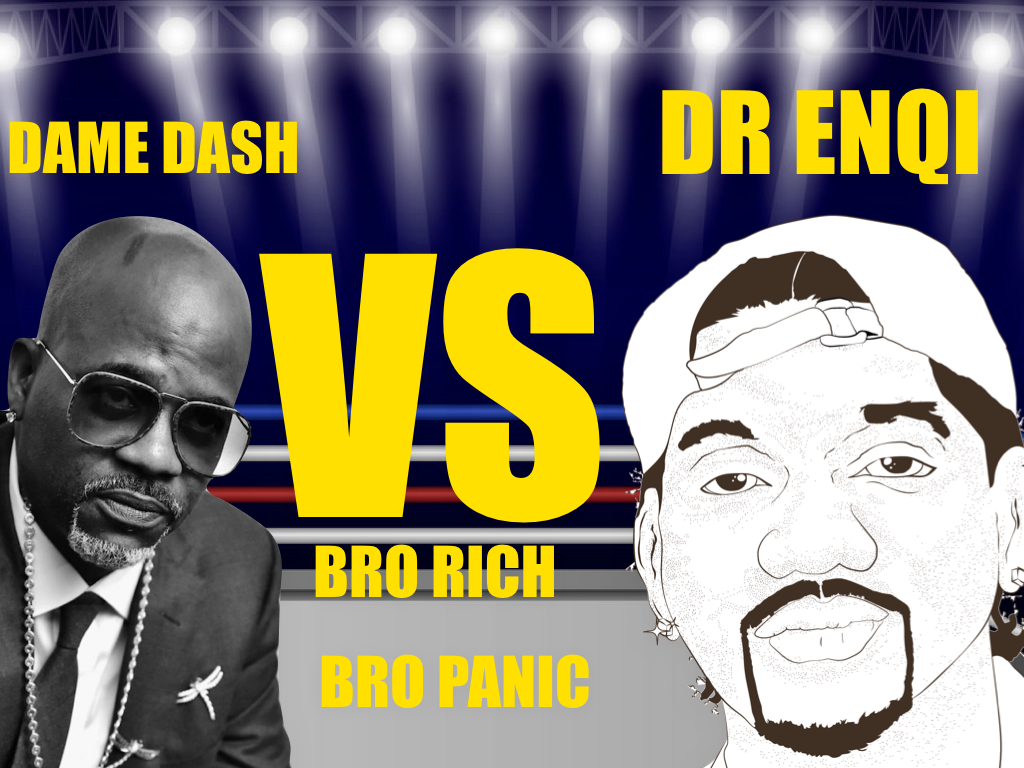 Never before has a video been this gripping and exciting to watch or listen to. The Conscious community has been exposed over and over again as scammers and hustlers.

In the video below Dr. EnQi shows how black lives really don’t matter to these snakes. Brother Panic says “wanting to do something for your people will stop you from reaching Heaven or a Successful Death”. Dame Dash exposes the fact that Bro. Rich idolizes drug dealers and killers, he is pretending to be conscious to funnel “conscious community money” into living the life of a pseudo drug dealer/rapper. Dame allowed Rich to hang himself with his own lust, by highlighting that disrespecting women and pouring champagne on “hoes” looks fun.

Bobby Hemmit who is Brother Panic’s teacher was a known sociopath who was selling black people angel checks and telling people not to invest in their health holistically or participate in the Western modalities. He is quoted as telling people that aliens can rescue them from cancer and cola can save them from heart attacks.

Dr. EnQi shows Brother Panic literally stealing his “IP” in hopes of stealing his audience for profit and the poisoning of the black conscious community. Bro. Panic is stating in plain English that creating black businesses or wanting to improve the lives of “your people” will damn you to hell. This is clearly the work of “the other side”, especially while Brother Panic solicits donations and support for his “black business” in the name of teaching “his” people. Isn’t he dooming himself to hell?

Many people have claimed that people were swagger jacking, biting, or stealing their swag but never before has someone literally been caught with their hand in the cookie jar. Dr. EnQi literally shows the pages of his book that Panic is stealing from. A concubine of Brother Panic’s said in the chat that Enqi is a liar and a hater, she said Brother Panic identifies the authors which were blown out the water when Enqi shows that even the authors he is claiming are just being read from his book!