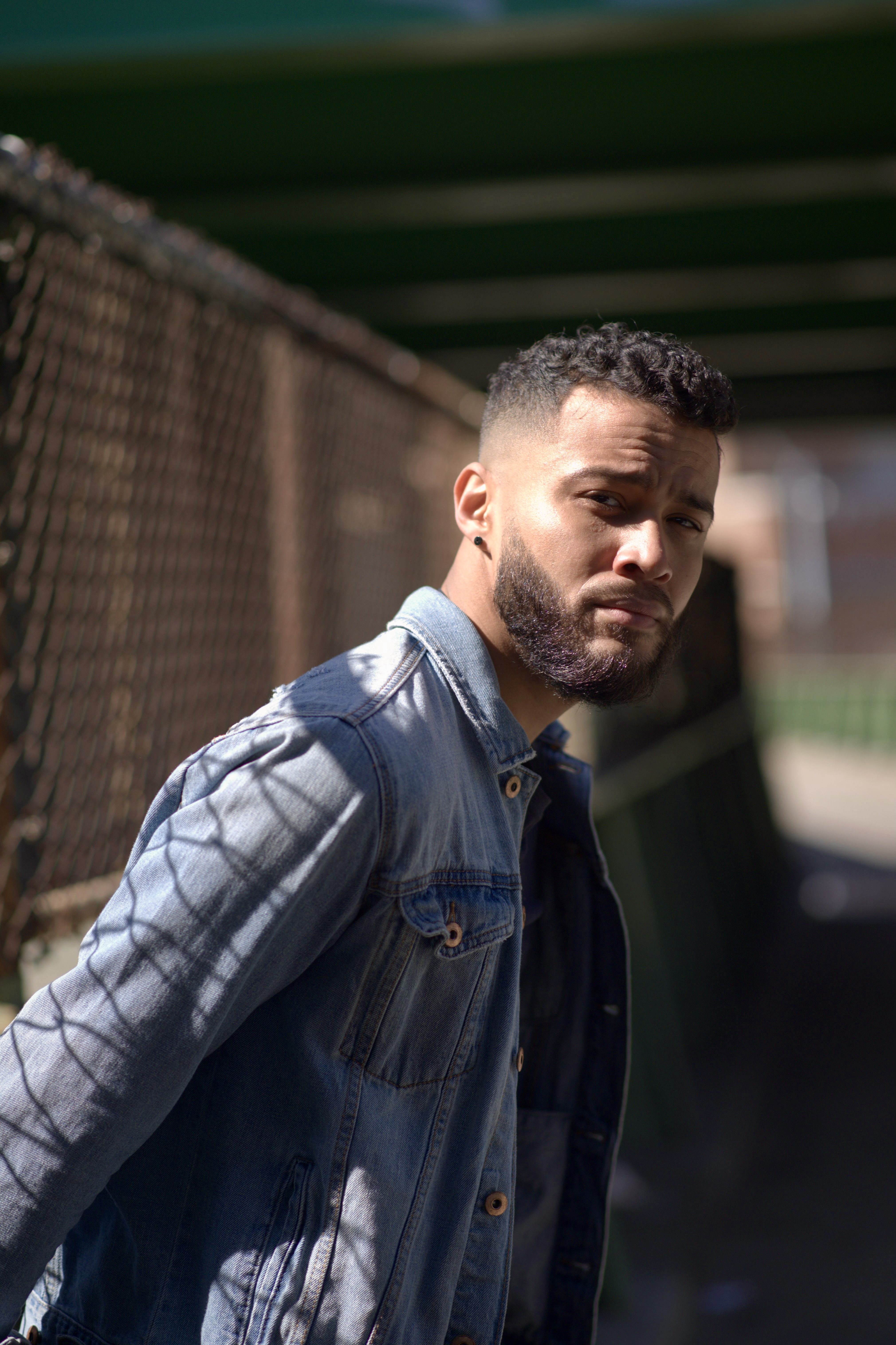 There are countless times throughout one’s life when they have been ready to throw in the towel. For artists, music has repeatedly been their back bone and center, giving them the strength to pull through just about anything. Reflecting on who and what their inspirations are is a constant reminder that they have what it takes to push their passion to the next level. For Travis J., the trials, tribulations, and memories are what assist him in thriving regardless of what obstacles stand before him.

I must say, the interview with Travis J. touched my heart as he poured his emotions into the conversation. It was obvious that, not only was he passionate about music, but he had endured so much in his young life. Travis is the type of artist who is meant to utilize his hardships and talent to change the lives of others. He credits his father as a great influence in his career. He stated, “He always wanted to express himself. He was a hard ass but also a teddy bear. He wanted me to pursue music and sing. He bought me my first music book. I told myself, man…this person believes in me. I should really start believing in myself.”

Travis reminisced about his earliest memory of R&B. During his last year of middle school, he joined an after school music program. As the teacher played the piano, Travis sang to every key. It was after this introduction that the young creative became extremely determined to develop his unique sound. Travis expressed, “This is not something for me to just keep inside. It’s meant for me to share with people.”

At the age of 16, Travis auditioned for American Idol. As our discussion continued, he elaborated on his experience. “I remember standing in the rain with 20k other people. It was a super long process.” Travis had the opportunity to sing in the center of the arena as the producers stared at each other in awe. After blessing their ears with his melodic voice, he was chosen to sing in front of a smaller group of Hollywood producers who deemed him qualified to perform in front of the judges. There he stood in front of Randy Jackson, Steven Tyler, and Jennifer Lopez. He expressed how he dealt with homelessness and his father being sick. The judges were moved by his hardships and could tell instantly that he sang from his heart. Receiving the golden ticket was a dream come true. Travis admitted, however, that he was very nervous and, at that time, was not ready.” Travis then auditioned the following year and received the golden ticket a second time. Nigel Lythgoe was impressed by his vocals as he performed, “Isn’t She Lovely” by Stevie Wonder. Nigel said, “Travis, you know you’re going to get this right? (Waved ticket in the air) You’re going to have to go through a lot more than you have already. I see you with Eminem success, Biggie success…they had to start with nothing. Through time they gained success.”

Nigel hit the nail on the head. As a 27 year old man, Travis has experienced so much in life. His father’s passing has had a huge impact on him. Now, he is more determined than ever to embrace his gift and share it with the world. Travis has recently released a new single titled, “Hearts”. This song is about coming to an understanding that sometimes we give so much to a person and have to move on from them. Not only did Travis write the song but he also produced it. He is currently working on the music video and states, “I don’t want to just create a music video with women, cars, etc. I want to create a story and bring out cinematography.” Travis also mentioned that he doesn’t want to portray something he can not relate to. It is apparent that he knows who he is and stays true to his musicianship. As he climbs the ladder in the music business, he strives to stand out with his impeccable work ethic and beautiful voice.

As our conversation concluded, Travis explained, “If I get a record deal, I want to spread my father’s ashes in Puerto Rico.” It is obvious that Travis’ father had a huge impact on his life and love for music. If anyone deserves the spotlight and a blossoming music career, it is Travis J. Be sure to follow him on social media and stream his new song, “Hearts”.