Atlanta's Very Own ''DJ Rizzo Gates'' Been DJ'ing since 2013. Who is also an Executive Producer and one of the Hottest Mixtape DJ's on the scene. Founder of the Street Madness Show, which is a Hip-Hop & R&B Radio Show Hosted By ''DJ Rizzo Gates'' & "BlaxkBarbie" Official DJ For @CynseerRockhead & @itsTreasur For Bookings: djrizzogatesmusic@gmail.com or DM 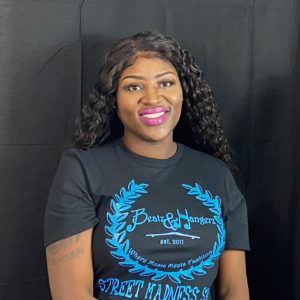 Blaxk Barbie, a GA native grew up on the Westside of Atlanta. Always having a passion for music, she started her journey in 2007 by attend music conferences, mixers and open mics. Realizing she wanted to start a movement of her own, in 2011 she created Beatzandhangerz to help market and promote indie artist in her city. Over the years of interning and apprenticeship with DJ's, clubs, artist and other promotion companies, Blaxk Barbie has started to make a name for herself. She's now connected with local clubs and even helps organize some of the biggest music festivals in Atlanta such as the Sweet Auburn Music Festival. IG:@BlaxkBarbie FB: Beatzandhangerz Email: Beatzandhangerz@gmail.com