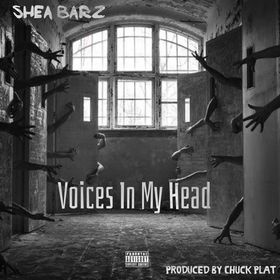 Life tends to throw curve balls in our direction, sometimes creating a cataclysmic, downward spiral that leaves us questioning everything, even the talents we are blessed with. The internal agonies we must live with after such devastating occurrences causes numbness, resentment, anger, and grief. Music artists tend to use the curve balls as inspiration to create. However, some subconsciously remove the very thing that helps them (music) overcome the obstacles, further deepening the loss they feel. Have you ever experienced this? What made you return to your passion? Not everyone is born with a passion. For those who are, it is hard to fathom a life without a deep love for something. It has been proven that music assists in healing, altering moods, saving lives, and soothing the soul. Shea Barz has been through hell and back, carrying music with her throughout the most difficult times and finally utilizing her gift to fully blossom into the person she is today.

Turning to music as an escape from the harsh realities she faced, Shea Barz knew from a young age that she was destined to create music. At the age of 14, she developed a music group called, “Everlasting”, which consisted of family and friends. Writing, rehearsing, and performing became a daily regimen for the group. With hard work and dedication, “Everlasting” was presented with an opportunity to perform at Puff Daddy’s restaurant in New York City. The experience was life changing and further catapulted Shea Barz’s desire to be in the spotlight. Unfortunately, that desire came to a halt when Shea Barz was 17. It was during this time that she made the difficult decision to move out of her grandmother’s house and sought to rely solely on herself for her physiological needs. Obtaining an apartment at a young age left Shea working two minimum wage jobs to make ends meet. With little to no time to spare, her music was placed on a shelf.

In 2007, Shea Barz recited her vows making her marriage official. Focusing her attention on building a family, music remained a distant love to Shea but never completely absent from her life. One of the members of “Everlasting”, Shea’s cousin, had reintroduced the plan of pursuing music to her. They had initiated a pact to bring music back to the forefront of their lives. It was soon after the pact was made that Shea’s cousin unexpectedly passed away. After experiencing this life changing loss, Shea Barz was devastated. What was once a ray of hope transitioned into an endless abyss of loss and turmoil. Shea no longer had the desire to share her gift with the world. Even listening to music became a constant reminder of her cousin whom she loved so much.

As the darkness continued to overpower Shea’s light, another obstacle presented itself, leaving her fighting for her life. In 2012, Shea Barz had been experiencing debilitating headaches eventually resulting in hospitalization. Her diagnosis; a brain aneurysm. As the doctors rushed Shea into the operating room, they prepared her family for the worst due to location of the aneurysm. During the procedure, Shea suffered from multiple strokes. From the operating room to the intensive care unit, all her family could do was wait. As Shea slowly awakened, the only word to describe the continuance of her life was miraculous! The next 6 months proved how strong and resilient Shea Barz was. Relearning to walk, talk, and perform basic activities of daily living resulted in constant prayer. It was during these prayers that Shea promised God that she would pursue music and never take her gift for granted again.

Shea Barz recently released her new single, “Voices in My Head”, inviting her audience into her life. “They say God only gives his hardest battles to his strongest soldiers. Take a walk with me. This is my life. I hear these voices in my head. Dam, am I bugging? Last few years, I been going through something.” The visuals for this song are a perfect reflection of Shea’s realities. Beginning in the operating room surrounded by medical professionals, it is clear that Shea Barz had the perfect vision for the music video. Shea was determined to provide her fans with a front row seat to the life changing diagnosis that completely converted her dark place into her very own stage with a spotlight.

“My only option is to make it and try. The doctor said I’m done like I’m vegetable fry. And these pains so sharp I could fall out and die.”

The music video also includes a skit where Shea Barz describes the headaches she is experiencing while questioning whether she should go to the hospital or not. “Voices in My Head” is not only a portrayal of Shea’s life and musical ability. It also shows her audience her acting ability.

Although Shea placed music on a shelf for a period of time, it is apparent that she dusted it off and tried again. Shea Barz is a perfect example of resiliency, passion, and dedication. If you ever feel like you cannot go on any longer, I urge you to allow Shea Barz’s music to consume your brain. She explains, “Music is personal and I am a representative for the people who never thought they would make it to see another day.” Shea Barz represents real people, real life, and real music.

To get better acquainted with Shea Barz, click on the links below!

LISTEN TO “VOICES IN MY HEAD” ON YOUR FAVORITE PLATFORM!