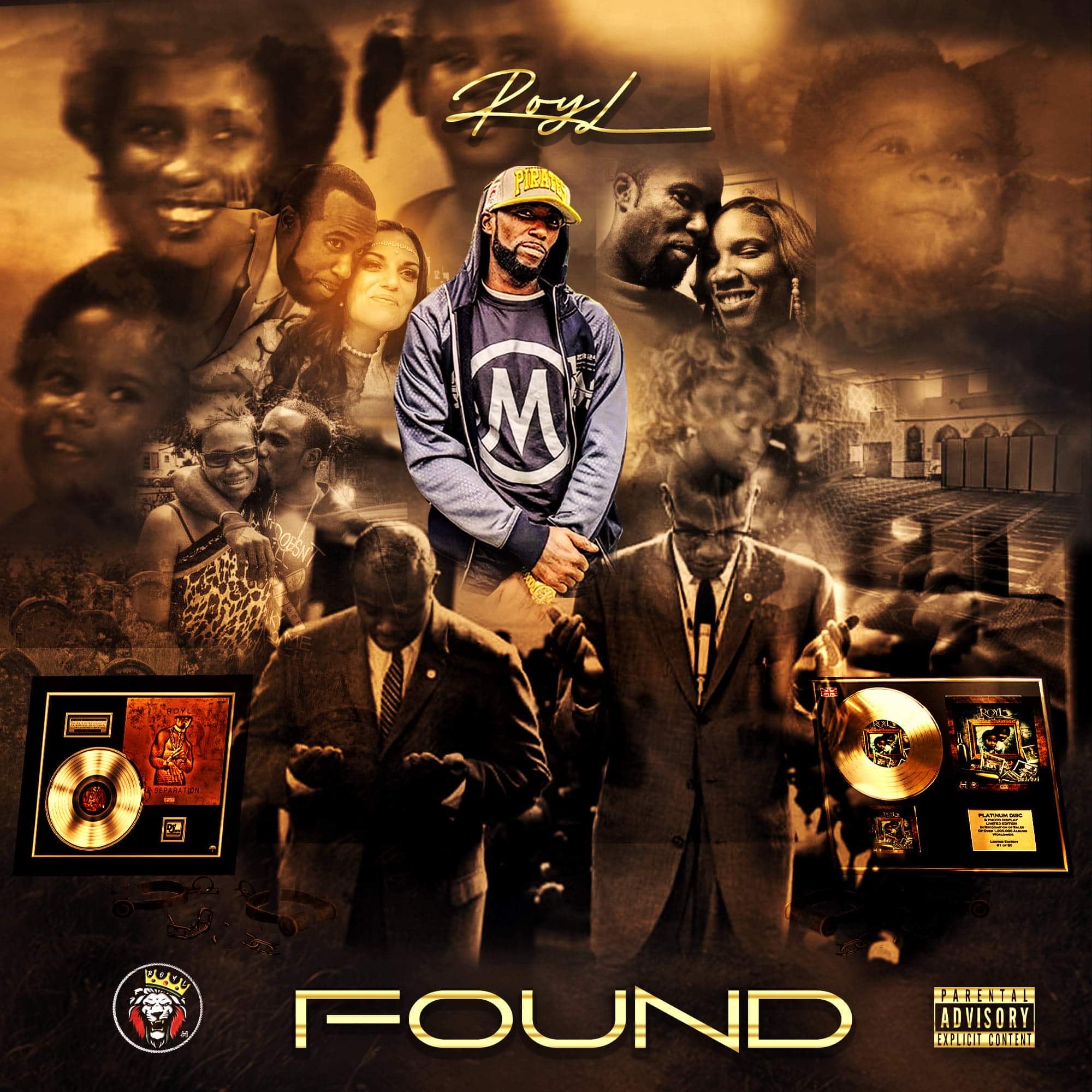 Roy L. has done it again! Due to release his new album, “Found”, this talented lyricist dives into the realities many of individuals face. What better way to reach the people than to spread sincere and genuine messages through music? This album is best described as a story telling experience in which invites the listeners into the world of the gifted creative. The introductory track, “No Favors”, is filled with reality and soulful production giving the audience a perfect foreshadowing of what the album consists of.

“Nah for real, I forgot how it feel. Like they forgot how we live. We’re the forgotten for real. So I done ran out of favors. Motivated and patient.”

Within this track there were so many deep statements that I played it back several times to truly absorb the messages instilled in the song. This was a perfect way to begin an album. If it’s one instrument I love, it is the piano. The second song, “Why Try” begins with the enchanting melodies of a piano with clear and concise lyrics to follow. Roy L. does an amazing job with his delivery and energy. His words perfectly embrace the beat allowing the listener to maintain their focus on his message.

“You can’t hold me back cause I’m coming. Know who got your back, stop fronting. Look I mastered rap and it’s nothing.”

As I continued my journey throughout “Found”, I came across the track, “Double Dose”. This song begins with a skit, staying true to the roots of hip hop.

“Each one, reach one. Reach one, teach one. Teach one, be one. Believe one, see one.”

Within “Double Dose”, Roy L. speaks the truth, even revealing that the mind is a weapon with the ability to overcome anything. “This song is a victory but for some it’s defeat.” The next track, “Drowning in Tears” is a beautiful lesson, portraying the adversities Roy L. has faced. Wounds and the process of healing is certainly a topic many can relate to.

“I know that I’m gonna survive. But it gotta be more than this. They pull up on my mama. I thank the lord that he missed.”

“I decided that I ain’t hiding. Was on the wrong side for a while, now I got it. I’m the lion. No denying. I only know addition. I don’t do no dividing.”

I am thankful for Roy L. being so open with the listener. Many turn to music as medicine and there is a plethora of knowledge filled lyrics within this track. Another personal favorite is “Last Words of a King”. Roy L. makes it known to his fans that he has endured so much pain, trials, and tribulations. He is a primary testament that no matter the obstacle, we can overcome it.

“My people with no leader, no one to decipher signs. Violence enticing minds. Just a sign of the times. Don’t pay attention to me. Pay attention to what I speak.”

Roy L. goes hard on the track, “A Dope Boy Prayer”, as he conveys the desire for change and his willingness to fight. During the track, he states he is declaring war, as he portrays his passion for the problems his neighborhood and people face.

“They don’t understand us. We falling for anything. I want ya’ll to stand up! This moment I planned for.”

The album, “Found” is due to be released soon! This review is only a small insight into what the audience has to look forward to. If you love story telling, raw truths, great word play, and symbolic messages, this is an album you will enjoy! Follow Roy L on social media and be on the look out for “Found”.