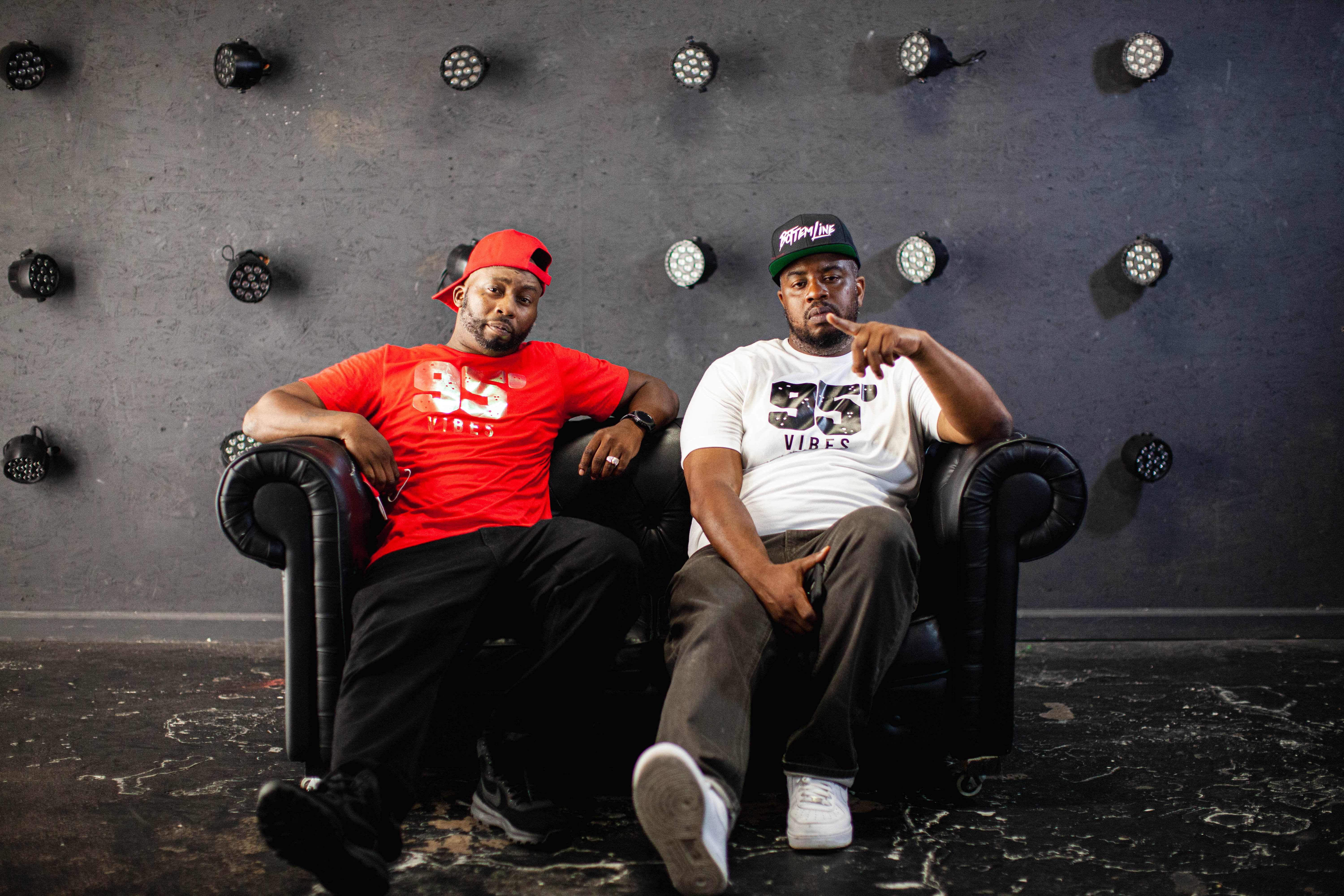 Being competitive when it comes to the art of music can assist artists in evolving into the most polished version of themselves. An artist’s “competition” actually becomes their strength, pushing them to work harder and experiment with their talent. QU Amazen Most and Bottem Line are two artists who began competing with one another for lyrical supremacy which resulted in an alliance between them.

The two Queens, New York natives have obtained a strong and loyal fanbase in the underground music scene. Since their initial release in 2018, the power team has been consistently and passionately supplying their audience with enticing music that leaves them yearning for more.

“95 Vibes” is their most recent album which was released in the summer of 2020. The unstoppable duo has also released a new single titled, “2021” produced by Seth Silensir. As I streamed “95 Vibes”, I was immediately met with a classic hip hop sound. The first track is a perfect introduction to their lyrical talent.

A song that caught my attention titled, “Figured it Out”, invites the listener into the thoughts of the artists as they convey the lives they lead without hesitation.

“Most n***as be stuck in the hood. But it’s about making it out. I live what I’m rapping about. Show you what a savage about. No fighting. The ratchet is out.”

“IDK” is another song that seeped through my headphones into my ears allowing me to absorb the lyrics they spit. This is yet another track filled with raw truth and strong messages. The production has a classic, repetitive sound adding depth to the artists’ words.

“I don’t know how much time I got. And sometimes I don’t know if I wanna rhyme or not. I take my shovel keep digging and hope I find a lot. I like to rap but I’m trying to pop. I’m 100 with this sh*t. I wouldn’t half ass you. Yeah, my skin tone black but the mass black too. Man you wouldn’t understand what that backpack do.”

I was excited to hear a song for the ladies titled, “Truthful”. With soft and sexy vocals, I immediately got a Jagged Edge vibe. As we all know hip hop and R&B are the perfect couple, connecting like soul mates making it clear that their chemistry is undeniable. QU Amazen Most, Bottem Line, King Arthur, and DJ Gully did an amazing job developing this song.

“I think it’s time to be truthful, truthful babe. I never had a love like this. You never had a thug like this. I show you how I does this sh*t. How does it feel to be useful, useful. Baby you can call my line. I give it to you one more time. Baby one day you’ll be mine.”

With this catchy, soulful hook, the listeners will no doubt enjoy and sing along with the artists.

Moving along to the next song that caught my attention… “We All Eating”. This song portrays the duo’s confidence, loyalty to one another, and strength. As I listened to the lyrics, it was clear that the duo strives to showcase their transparency, utilizing their music to tell their truths.

“When the time come we gon’ shine, we all eating. If one man cross that line we all squeezing. Lift you out of your soul, this is out of control.”

This track is filled with word play, punch lines, and messages that many can relate to.

“95 Vibes” is a project consisting of 15 tracks displaying pure talent, lyricism, and passion for music. QU Amazen Most and Bottem Line have made it clear that music an outlet for them to reach the masses while simultaneously becoming an outlet for their audience during hard times. The duo’s most recently released their single titled, “2021”. To get better acquainted with this unique duo, please click on the links below to follow them and stream their music.