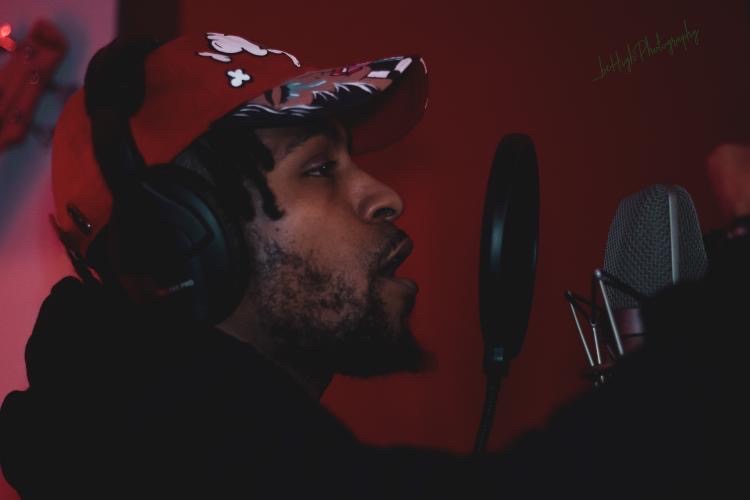 When I ask artists what their earliest memory of hip hop is, vivid thoughts consume their brains as if it were yesterday that their love for music was created. As the artist begins to explain the birth of their passion, I can envision their memories as if it were happening right before my eyes. It is possible, that due to my love for music, it comes naturally to resonate with the artist’s undeniable attachment to it. As I spoke with Pyro Traxx, he immediately pinpointed his earliest memory of hip hop; a memory that is deeply embedded in his artistry.

“My earliest memory of hip hop is being in the car with my pops and the radio comes on. Hearing Big Daddy Kane, KRS 1, Bone Thugs, Nas, and even Kriss Kross was my introduction to hip hop without being told what it was. I was just one of those babies who just started dancing when the music came on. Another early memory of hip hop was waking up to my sister ironing her custom made Hi-5 graffiti sweater while bumping Mary J and Method Man.”

As his music career has blossomed, Pyro has stood apart from others due to his cutting edge and witty lyricism, delivery, and production choices. His most recent single “For Me” is not only filled with catchy word play. This track is unlike others I have heard before. The hook is captivating making it difficult not to reiterate.

“Man I get fly for me. I get high for me. Don’t get it confused cause you liking what you see. Yeah I shine for me. Yeah I ride for me. I treat loyalty the same but go harder just for me.”

“Please be believe it. I’m focused on my goals. To achieve you need achievements. A lot of people talking but they really don’t mean it. It’s ironic how I’m nice at this but really be the meanest.”

Pyro maintains an unforgettable energy as he spits his truth in “For Me”. The track can be played in the club, during your work out, or while you cruise the streets in your car. “For Me” brings out the beast in the listener, motivating them to work hard and keep their eyes on the prize. I can guarantee the listener will involuntarily move to the song as its vibe is unmatched and unlike any song they’ve heard.

Not only does Pyro Traxx release commercial music, but he is also a well known battle rapper who continuously leaves his opponent in the dust as they are unable to compete with his lyricism. He is currently part of the “Verbal Warzone” battle league. He has battled at Atlantic Records and shared stages with mainstream artists such as Wiz Khalifa and Cresset Michel. His most recent battle with Young L is Pyro’s most accomplished battle as it has received over 15k views in one month.

As his name built a buzz, he was presented with the opportunity to collaborate with artists such as, Haddy Racks, August Rush, Dizzy Banko, Tray Pizzy, Ai Gz, Jae Tips, Kony Brooks, Skyshawn Soprano, and Cortez. Pyro is now doing beat collaborations with Jay Wex.

Pyro Traxx is the full package; everything a potential fan is looking for. As his name continues to grow throughout the independent music scene and beyond, I urge the reader to follow him throughout the continuance of his music career. You will not be disappointed.