Selah Guru, a lyrical artist and performer born in Harlem, NY, and raised in Augusta, GA is co-host of The Boom Bap Hour, Hip-Hop Expressive Coordinator, and founder of Supreme MCs Rule Hip-Hop Expression Program, improving economic and social outcomes for youth K-12 by using the elements of Hip Hop as a tool for self-expression, emotional intelligence and learning social skills.
His mother has been a huge inspiration in his entertainment career. She recognized her young son’s talent and entered him into an acclaimed talent contest at the age of 7, winning performing Michael Jackson’s Billie Jean at Augusta, GA Civic Center. Since then, he has dominated stages in numerous Hip-Hop shows and festivals across the nation.
Selah has showcased lyrical skills in front of some of the best Hip-Hop artists in history at a young stage in his Hip-Hop career, including the Notorious B.I.G., Doug E. Fresh, and Sway of MTV. All of them recognized his talent and was a major push in the furthering of his career. With musical influences ranging from rock, jazz, soul to Hip-Hop, his style cannot be neatly fit into any box. As a freestyle artist, Selah constantly reinvents himself. However his message is what it’s always been since Hip Hop started, which reflects in his music. A true thoroughbred, and very conscious from his words to his style, he TRULY loves Hip Hop and lives and breathes it daily. In his own words, “HIP HOP SAVED MY LIFE!!!!!”
He has an uncanny ability to discover and develop new artists. He was a 2018 finalist for the A3C Action Accelerator for Hip Hop Social Change, and honored as a 2018 Fellow of the Lincoln City Fellowship sponsored by The Speranza Foundation. 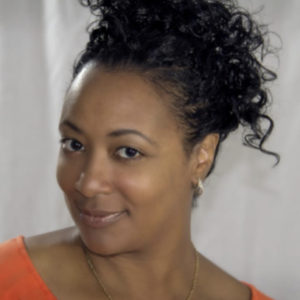 Co-Host of The Barry Farmer Morning Show Sharon was born in Harlem, NY, BUT...raised in Richmond, VA, where she’s the current Co-host of The Barry Farmer Morning Show , while pursuing a full-time acting career. She is an avid lover of Acting, Singing, Writing and Directing Skits and Small Plays. Sharon has appeared in various Theatre productions (Code Blue, Chronicles Of Eden, Exposed, and the up and coming Planter’s Harvest “You Reap What You Sow”), TV shows (SPIKE TV’s Bar Rescue, HBO series VEEP, Investigation Discovery, Netflix series House of Cards, Killing Kennedy, The Heart, CBS drama Under The Dome, etc.) film (Troop 491: Adventures of the Muddy Lions and the up and coming, The 19th, W.I.N.E and “SELMA”), commercials (ADIDAS & Shentel Communications), short/small films and training/instructional videos.