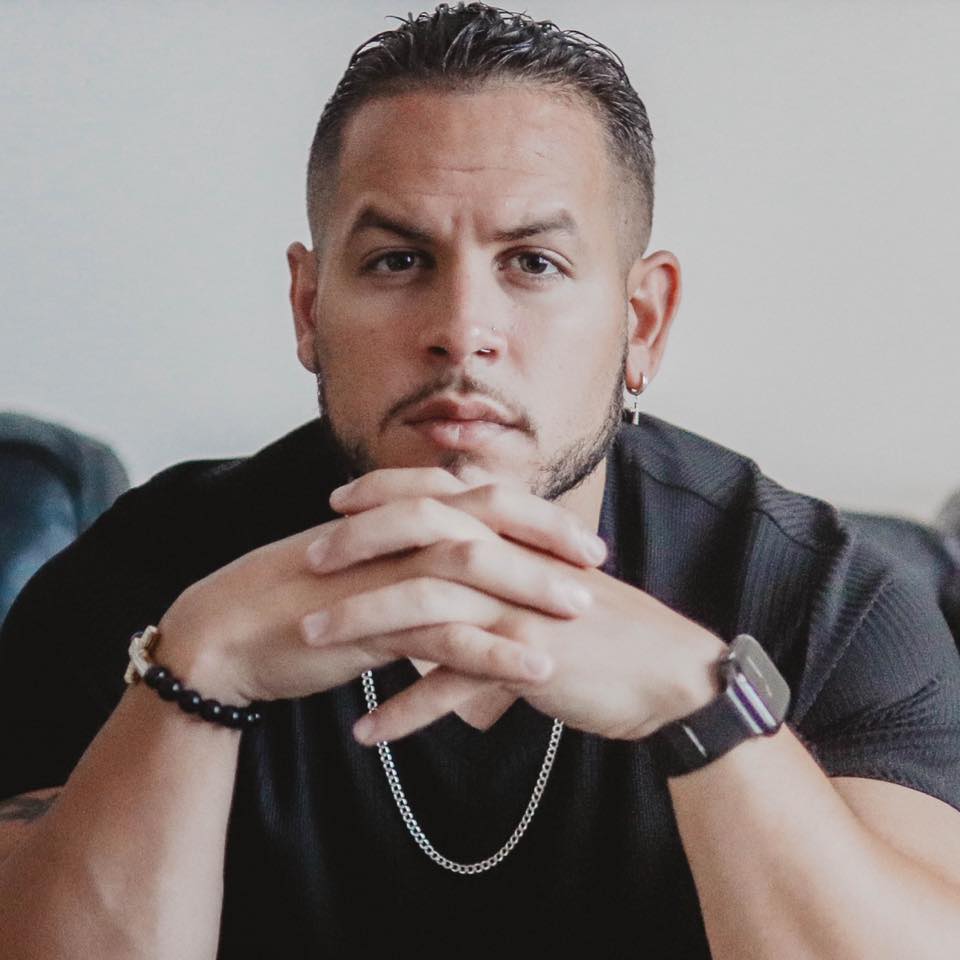 Childhood traumas and tribulations typically embed memories, behaviors, and lessons in our minds that linger throughout adulthood. It is these experiences in which shape and mold us into the individuals we eventually become. Music among other forms of expression usually become our escape later transforming into our passion. Reflect back to times when you were experiencing a trauma. How did you cope? What did you turn to in hopes of easing the agony? Music artists frequently reminisce back to times when a pen and paper were their only friend. This is what life was like for Josh Jacobs.

Growing up in East New York, Josh was met with many obstacles and over-bearing realities causing him to internalize his emotions resulting in depression at a very young age. Traveling from one household to another throughout his childhood created a strong sense of loneliness and resentment towards others. He yearned for a release; an outlet. As he locked himself away in his step father’s basement, he began to write. Being surrounded by urban music since birth, music had been instilled in Josh’s veins, running deep to his core. Writing came naturally to Josh as his emotions seeped through his pen onto paper. It was during this time that Josh mastered a skill set which included freestyle, battle rap, and songwriting.

Although music was his one true passion, Josh attended college and obtained two degrees in criminal justice. Acquiring an education was of the utmost importance, as it would help him better his life. However, Josh was met with conflict as he knew music was what he truly wanted to pursue. He couldn’t escape his sole purpose; delivering strong messages to help others via his gift.

With his unique delivery, versatility, and storytelling abilities, Josh hit the ground running. Releasing consistent content since 2007, Josh has built a strong army of fans and supporters consisting of different demographics. With each project he releases, his audience becomes further acquainted and intrigued by the talented artist. In addition to his music releases, the public has grown quite familiar with Josh as he has been seen at some of the most prominent venues and TV channels. Blessing stages at SOB’s, Webster Hall, and High Line Ball Room, Josh has showcased his amazing energy and talent leaving rooms in awe of his unforgettable presence. Opening for major artists such as Joell Ortiz, Jaquae, and Grafh has increased his buzz, initiating him as an up and coming prominent rapper in the music scene. Adding to his long list of accolades, Josh has also appeared on the MTV Tri Freestyle Segment and Fuse TV Weekly Rap Up. It is obvious that these accomplishments are only the beginning for this amazing talent as he has his eyes on the prize.

As I searched through Josh’s music catalog, I came across several projects filled with catchy hooks, witty word play, enchanting vocals, skits, and impeccable production. His most recent project consists of two parts, “I Know Now Pt. 1” and “I know Now Pt. 2”, both luring me in from the beginning with the first tracks.

“I Know Now, Pt. 1” begins with an intense introduction, with rain sounds, vocals, and emotion, intriguing the audience to continue streaming the project. Throughout this project, I felt as if I were taking a walk through Josh’s life as he shared his stories ever so effortlessly.  The song, “See” brought tears to my eyes as I could deeply relate to the lyrics Josh spit into the mic.

“I remember when you sat here in my arms and sobbed. Your tears were dripping down my shirt and couldn’t wonder why. You told your story and it put me in a sudden shock. It almost caused my jaw to drop but you just couldn’t stop. The saddest thing is that you ain’t the first that ever said that someone did some things to you that made you suffer as a kid.”

Josh Jacobs is a talented artist. It takes a lot to bring out certain emotions in me. However, the song “See” certainly had me reflecting on my own personal experiences.

The next song titled, “Love Me” was another track that grasps the hearts of Josh’s listeners as he displays the truth in plain sight with no escape near by, causing his audience to travel through the song, embracing their own emotion.

“Dear Lord, ain’t been able to sleep. Tossing and turning, I’m yearning her body be next to me. Have her under my arm while she laying under my sheets. It’s the sense of her presence that puts a calm over me. Ever since she been gone I suffer anxiety. The thought of being alone I don’t like to think or to see.”

As “I Know Now, Pt. 2” began, the introductory song titled, “I Know Now” is an enchanting track in which builds the curiosity of the listener. As the intro begins with the sound of a crying baby, it prepares the audience for a project saturated in truths, life experiences, and pure talent.

Josh did a phenomenal job of painting a vivid picture of the life he lived, openly inviting the listener into the daily predicaments he faced, the relationship between him and his parents as the key component in the song.

After the introductory track, I was eager to hear more. “No Regrets” is filled with attractive delivery and energy while Josh expresses that his set backs did not stop him, sharing his flaws with his audience while simultaneously displaying his strengths.

“I had mishaps. I had setbacks. I done did wrong. I can address that. I ain’t a angel. I can attest that. But if I do right then will you accept that? No perfection, done with it. Your misconception of me is a wrong assessment. I call objection by the fifth of silence in the case in question. This is my confession. I done cheated and been faithful. I done burned bridges and I done built tunnels to save you. I done made moves at an angle. I played the game. I got played just to sit at the table. I been innocent and guilty…”

This track is all about living in one’s truth; to accept ones flaws and embrace their perfections with no regrets. As I streamed this song, I couldn’t help but to hold onto every lyric and resonate with the message within the track. This is certainly a personal favorite of mine.

As I continued my journey through “I Know Now Pt. 2”, I stumbled upon the song, “Numbers”. Many artists can relate to this track as it conveys the hype behind the numbers on social media and how it has become common to compare yourself to others due to how life is perceived via the internet.

“But from relying on a following, the higher the number, the more acceptance that they thriving in. Generating hundreds of likes off a post that they likes on false desires. Don’t live that life to in turn become compulsive liars. And I ain’t innocent. I’m speaking from experience. I used to think my rap was wack just nobody was hearing it. My SoundCloud wasn’t popping and my instagram was looking weak. And every time I looked at other artists numbers looking steep…”

Josh Jacobs educates his audience on the reality of social media. Everything appears to be a numbers game. Posting for likes, portraying a certain lifestyle to gain visibility and popularity. As Josh’s lyrical talent continues throughout the track, he explains this in further detail. “Numbers” is the perfect conclusion to this project, as it leaves the listener in deep thought, now fully awakened by the raw lyrics Josh Jacobs’ spits.

Truth, clarity, stories, word play, and unmatchable energy are all words to describe Josh Jacobs and his new project, “I Know Now Pt. 2”. Due to his unique sound and ability to provoke the subconscious mind to surface, I have transitioned from a writer reviewing his music to a new fan. I urge the reader to get better acquainted with Josh Jacobs and to stream his music. I guarantee you will, not only be entertained, but also learn things from the strong messages he shares in his songs. Click on the links below to follow Josh Jacobs!