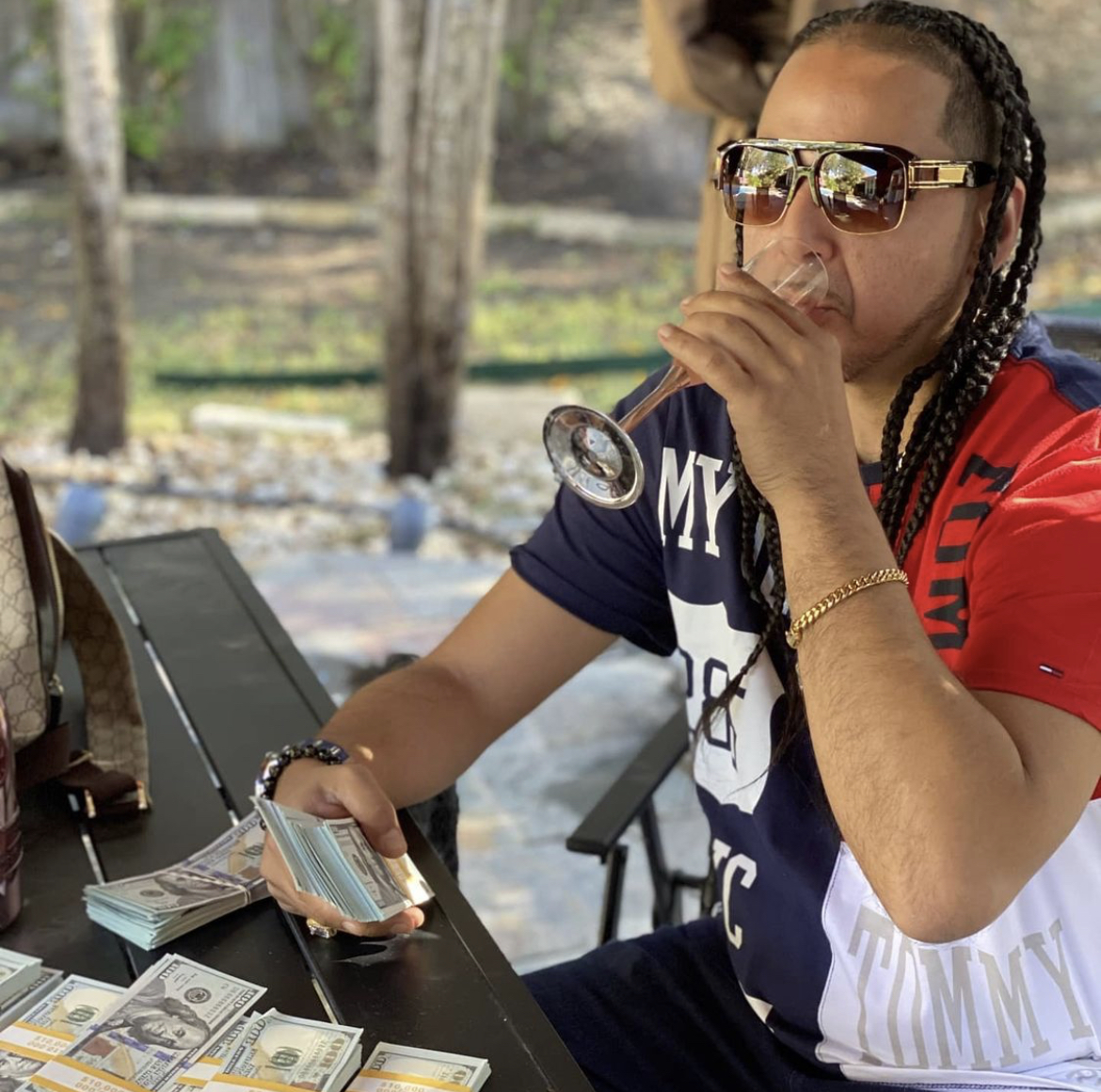 Meet G.O aka Game Over! The Hip Hop Artist and Music Entrepreneur out of Jersey City, New Jersey –also known as “The Godfather” of HoolieNation that’s about to debut his highly anticipated summer album entitled- CHECKMATE. Over the past few weeks, G.O has consistently dropped hit singles leaving fans hyped for the release of his upcoming album. His latest song “BANDS in MY HANDS” –Prod.by Josh Petruccio- made its world premiere on March 26, 2021 and it has already gone viral since its debut. His last single entitled “SHYNE” had done the same within days.

In January G.O aka Game Over made headlines after the release of his music video for SHYNE featuring Axel Leon and it trended almost immediately on Youtube having pulled in well over 100K views within the first 3 weeks. The music video features viral Instagram comedians Ken Starrrz and Marc Reign along with G.O and The rest of his Hoolies. Together the guys tell a story in both a hilarious and creative way while G.O stays true to that classic Old school Hip Hop vibe while reciting the legendary “10 Hoolie Commandments.” With the release of his new single Bands In my Hands also off his album CHECKMATE I was curious to know if Game Over thought this song would go as viral as the last one had. So I had asked the question.

Q: “The Bands in My Hands video has only been released since the end of March and already has well over 50k views. You think this one will go as viral and as hard as Shyne did?”

G.O –“If you look at my record and the way we moving my answer would have to be of course we will!!! Our fan base keeps growing. Hoolienation is getting love from states like Cali, Florida, Texas, Seattle, Kansas of Course Jersey and NY!!!Salute to Colombia, France, Germany, Africa, Dubai and the other countries around the globe showing love!!!Salute to all the Hooliez all over the world!!! The fans are the ones who are taking me viral!”  Watch the video Below!

“Tell the fans a bit about the concept for the music video for BANDS IN MY HANDS. You never miss when it comes to the creative aspect.”

“Thank you! As an artist one thing you can expect from me is TO EXPECT THE UNEXPECTED! Of course we wanted to come different again for the fans with the music video for BANDS IN MY HANDS so what we did was – we flipped it and I gave ‘em that East Coast vibe with the old school 90’s BMW for the first part of the video then we went FULL on SWAG with slabs on that Texas vibe on the second verse!!!”

BANDS IN MY HANDS Lyrics: -I’m a fly guy with my Hoolies/ Every street I go I get moolie/ Smack em up with the toolie/ For anybody who try to fool mile/ high on some ecstacy mix it with Hennessy-pound of that greenery/ Chick out from Tennessee-walking with felonys/ bustin my weaponry your favorite celebrity gonna remember me!

Game Over goes on to say: “We wanted to make sure the video was full of energy and just make the fans feel it. With @rgm150 and @donfelipe co directing the video we kept on coming with different angles and great ideas. The music videos set the tone for what the fans can expect with the release of Checkmate. I can’t tell you everything but If you pay close attention – I’m steady dropping hints.”

WATCH THE VIDEO BELOW!

BANDS IN MY HANDS is the fourth single G.O has dropped off his upcoming album CHECKMATE. He has so far debuted Body Bags featuring Styles P, Real Shyt featuring Uncle Murda and he tells me the album will also have features by Joel Ortiz and also Hitchcock too. With The fans patiently waiting for the summer release of CHECKMATE and the hype being so real, I wanted to know what the fans could expect next from the Godfather of Hoolienation after this. “You know how I do (Hold Up) We gonna video debut “Paysos” feat. Hitchcock from the legendary crew The A-Team the same time as the Checkmate album directed by JdotLittles S/O to Elliot Micheal’s for the wardrobe!!! Big S/O to Speedy Baby once again for another banga!!!”

Lastly -Game Over tells me that he couldn’t do any of this without the team that holds him down and supports him.  “I wanna thank God for all the blessings. The Ceo @Rgm150 and the Hoolienation team James Catapano aka Jcap, Thorough,Piccasso Black Always gotta show love to Speedy Baby and Don Felipe and GoinGlobalFilm!!Of course I wanna give love to my trinity my twins G.P and Javi G and my Queen Marilyn Paz!!!To anyone supporting the movement I’m yelling hoooooollliiiieeezz!!!!!”

Stream the Song on Platforms:

This is a demo store for testing purposes — no orders shall be fulfilled. Dismiss