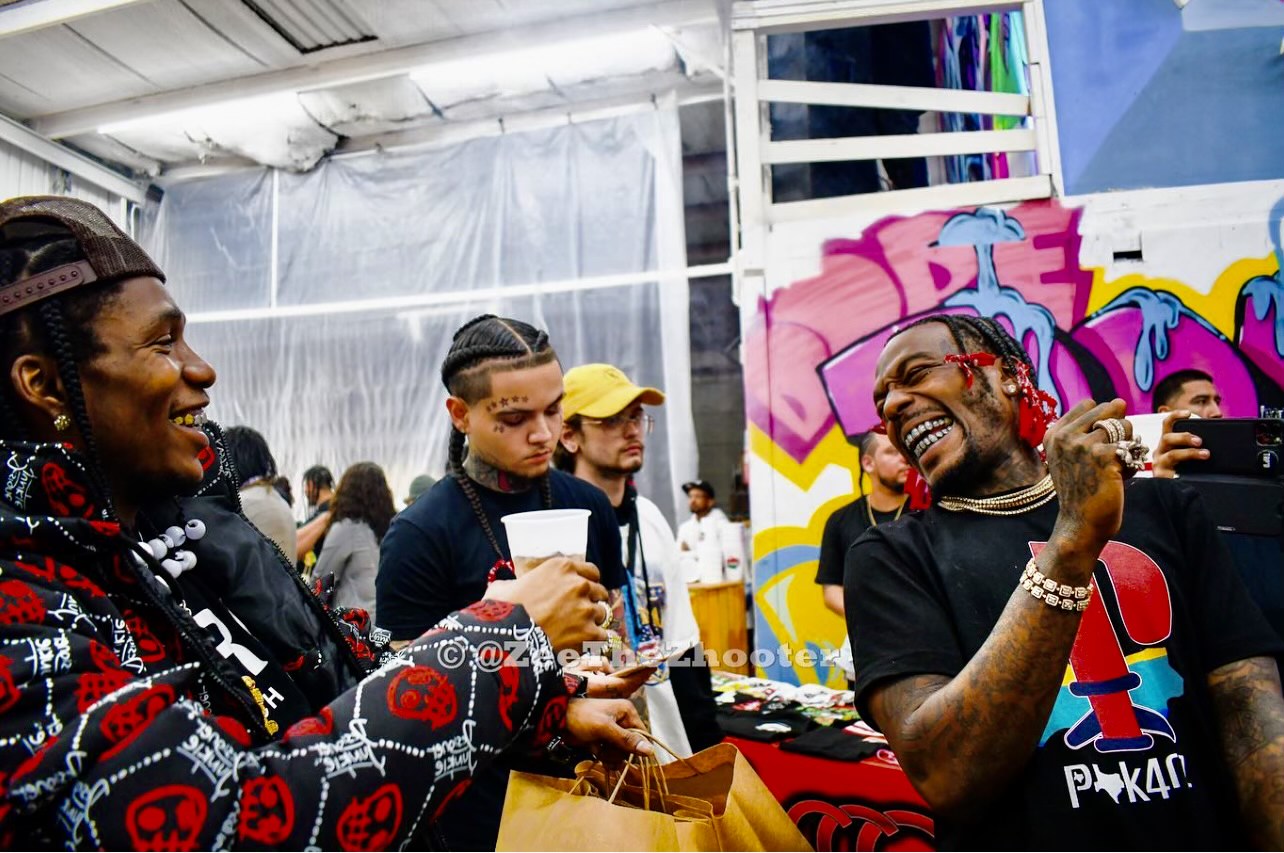 There is no denying the unbreakable bond Sauce Walka has with his cousin and artist Sauce Gohan. Growing up in Chicago together certainly had a positive impact on the two’s relationship resulting in a blossoming music career as a team. During the past few years, Sauce Walka and Miss Megann (Manager) have been conscientiously working to develop Gohan as an artist and brand. Gohan, also considered “the baby goat” by Sauce Walka, has been back and forth between Chicago and Houston since he was a teenager, staying true to his roots while also enjoying the atmosphere in Texas.

As Gohan drove his beautiful Hellcat on the freeway in Chicago, he dropped his lighter on the floor. It was this exact movement that saved his life. Doctors say, if he hadn’t attempted to pick up the lighter, he would not be living today. Driving beside his car, a shooter of unknown identity, pointed the gun at Gohan and fired several shots; one of which entered the talented artist’s head. Gohan miraculously survived the brutal attack and is currently recovering. However, there is a long road ahead of him as he may have to undergo surgery due to the damage that has been done. Chicago has become known for widespread gang violence which has resulted in the deaths of so many innocent people. Gohan has received a second chance at life and plans to go harder than ever for his music career.

With Sauce Walka, Miss Megann, and the entire TSF family by his side, Gohan is receiving the utmost care and support. This developing story has undoubtedly become a turning point in the young man’s life as he shows the world his strength and ability to fight through the most difficult times.

Sauce Walka’s personal assistant, Miss Megann, and Sauce Gohan’s manager stated, “I’ve stuck it out all of these years with my artists and now they need me more than ever. It’s not just about music. It’s about family and family sticks together through the hardest times.”

Please follow and support the TSF family as they help Gohan recover by clicking on the links below.