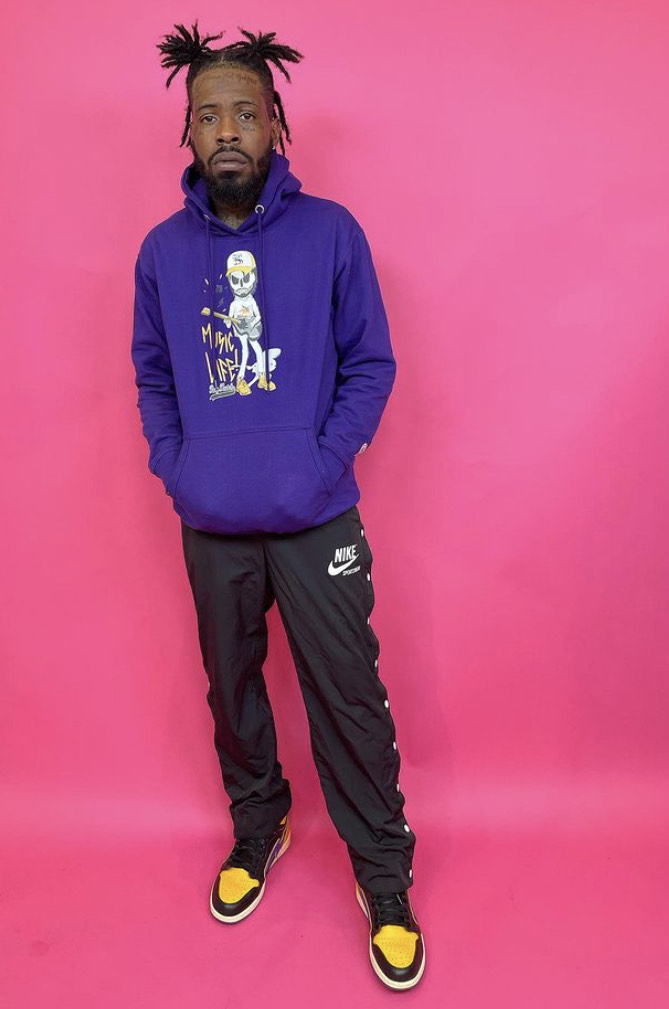 Living during a time where the world is at our finger tips, music artists have the opportunity and ability to learn about anything. When beginning the journey as a music artist, some creatives are primarily interested in recording music in hopes of becoming the next big thing. However, I have had the privilege of meeting several artists whom eventually branch out, abandoning their comfort zone while exploring alternative avenues within other industries.  I had the honor of speaking with an artist whom goes by the name Fresshy, a talented and driven entrepreneur with multiple attributes to offer his audience.

During my interview with Fresshy, I learned of his many accolades, businesses, and plans for the future. I noticed quickly that he was unlike any other creative I have come in contact with. As an artist, he has worked with heavy hitters such as Lauryn Hill, Fetty Wap, Arsenal, and Jerry Wonder, to name a few. When asked how these collaborations manifested, Fresshy stated, “I was at the right place at the right time.” As he toured 37 states, he worked diligently every night to ensure he was placed in the forefront and recognized for his work ethic. In doing so, Fetty Wap blessed him with a free record. An opportunity such as this clearly shows the reader that Fresshy has the “it” factor. As Fresshy recorded in the studio, there was a little boy present. Fresshy soon found out that the little boy was Lauryn Hill’s son. Due to the rapport they quickly built, Lauryn Hill flew Fresshy out to L.A. for a music festival. As our conversation continued, Fresshy added, “Relationships are bigger than money.” As I have spoken to a plethora of successful individuals in the entertainment business, they have all stated the importance of relationships. This further proves how imperative networking is, as it later assists you in climbing the ladder to success.

In 2019, Fresshy was a guest on Hot 97.1 where his song “Breezy” could be heard throughout the tristate area. Although music is a passion of Fresshy’s, he also models. He has been a model during New York and L.A. Fashion Week for the past four years, displaying designs from Burning Guitar. He was the first model to apply comedy to the runway. Being handed a dog to carry, Fresshy applied his comedic abilities by “holding the dog like Simba at the end of the runway.” This conveyed his unique look and personality to the audience, an unforgettable experience for him, the audience, and the dog. When asked how he became a professional model, Fresshy explained that through modeling for his own brand, he was recognized and sought after to walk the runway.

Owning a clothing line titled, “Ray Hutch Clothing”, has opened many doors for the talented artist. The clothing line is exclusive to his own personal story in which has gained a lot of traction since the primary launch of the company. This winter, Ray Hutch Clothing has debuted their winter 2020 collection and has also launched the Ray Hutch Kids Collection. As the audience on Instagram scrolls through the immaculate designs, it is no surprise that Ray Hutch Clothing is a huge success. Through Fresshy’s designs, it is obvious that he has utilized his unique persona to embody the clothing.

The interview with Fresshy was motivating as he continued to share other business ventures with me. Fresshy has created a cartoon to inspire children, teaching them the importance of friendship because “not everyone has family”.  He is also building an app, specifically for this cartoon in which he has hired 30 animators for. As a father himself, Fresshy wants to send positive messages to the youth while also giving his own children the satisfaction of sharing the cartoon with their friends.

There is no denying that Fresshy was born to be successful in any route he takes. As an artist, comedian, model, and entrepreneur, he has made it abundantly clear that he has so much to offer the world. With his positive demeanor and work ethic, he has already accomplished many things. As our interview concluded, Fresshy stated, “I don’t take shortcuts. I put one hundred percent of my energy and time into my brand. The main thing is to never give up! You have to get people to believe!” I look forward to following Fresshy’s journey to continued success. With his amazing vibe, personality, and gifts, there is no doubt that we will be seeing more blessings come his way.