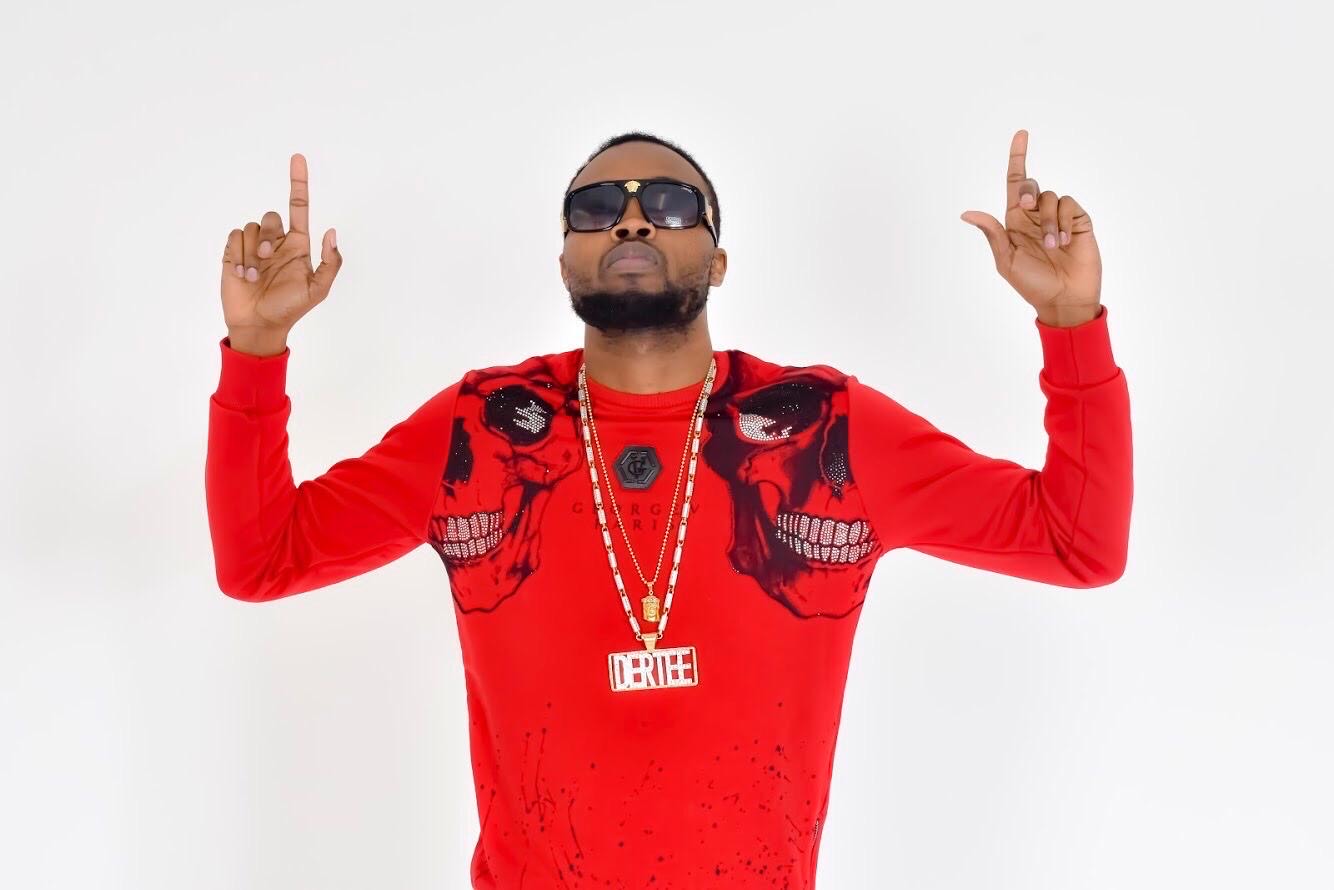 As our passion for music transitions into a pursuit for a career as artists, some veer off, forgetting about the primary reason why they picked up a pen and paper. Some even forget where they come from, detaching from their natural roots. There are artists, however, that remain true to themselves throughout their musical journey. Narada Rosę AKA Dertee was born in St. Andrew’s, Jamaica and eventually relocated to England with his family. He is an artist whom consistently keeps his unique and diverse sound within every project he releases.

At the age of 14, Dertee developed an interest in music and began writing for fun. During his writing sessions he soon realized that he had great talent in which was never truly supported by those around him. As time went on, Dertee remained intrigued by his musical abilities. A conversation with his Grammy Award winning uncle, Mykal Rose, altered his perspective on music from fun to profession. At 25 years of age, Dertee obtained tunnel vision on a quest to succeed in the music industry.

In 2013 Dertee released his first mixtape titled, “Diamond in the Dirt” which assisted him in forming a buzz in the underground music scene. Soon after the release of his first mixtape, Dertee went on to drop a single titled, “DJ Turn it Up” resulting in great success for the motivated artist. The single charted number one on the reggae charts, number three best seller for song and album, and was placed as number 28 for new releases in all genres on the Amazon charts. With stats like these, Dertee knew he was on his way to success!

After releasing his track titled, “Fake People” featuring Sneakbo in 2015, Dertee’s name gained more traction. Receiving support from Reprezent FM, 1xtra’s Seani B, Charlie Sloth, and Mista Jam increased his reach and enhanced his fanbase. “Fake People” was introduced as track of the week for “BBC 1xtra” causing Dertee’s views to skyrocket. In addition to this opportunity, Dertee’s video was also placed in rotation on Sky’s TV Channels including Flava, Chart Show TV, and Bliss.

With the views for “Fake People” reaching 200,000, Dertee knew he had to maintain his audience’s interest with a follow up single. “Work Hard Remix” featuring Style G was the song responsible for Dertee’s take-off. Reaching over one million views on YouTube displayed people’s interest in him and his music. As the views increased, so did his fanbase and opportunities. Performing in various cities throughout the UK allowed Dertee to witness first hand that there was a demand for his presence.

“Defeating Gravity” was Dertee’s first EP which was released in 2016. This amazing work of art earned him an award for “Best Male Artist of 2016” at the REYAC Awards in Birmingham. With an accolade such as this under his belt, Dertee utilized this accomplishment as an additional driving force behind his music career. In 2017 Dertee released his first album titled, “Breaking Barriers” in which he acquired another award at the REYAC Awards. These experiences, not only gave him recognition for his talent, but also opened many doors and gave Dertee insight pertaining to the music business.

Consistency continued to run through Dertee’s veins as he prepared to release another single in 2018 titled, “Bruk Life”. Collaborating with Bramma proved to be a great career choice for Dertee as the video received over one million views on YouTube. Not only did Dertee receive “Best Male Artist” for the third consecutive year, but he also accomplished one million views for the second time in his career. This time, however, he was able to do this on his personal YouTube account.

Since then, Dertee has released content consistently, allowing his audience to fall in love with his artistry over and over again. The reader will undoubtedly find his discography captivating with catchy hooks, amazing vocals, and production you can’t help but move to. His most recent single “Bottles Pon Bottles” definitely had me dancing in my seat, reminding me of the times when house parties and nonstop dancing were two key components of night life.

All of Dertee’s accolades and amazing music will definitely have the reader calling themself a fan. To become a witness to this phenomenal artist’s success, please click on the links below to stream Dertee’s music and follow him on social media!