What up Wwoorrlldd! For this ADG Blog I got to connect with my bro Darren Wiggins aka Da General from Atlantic City, NJ. I first met Da General back in 2014 through social media. While I was scrolling down my Facebook feed I came across an artist post for a new freestyle he had dropped, I pressed play and was blown away. I took some time and dug a lil deeper and found some of his music he had on Soundcloud and by the second song I was a Fan. Da-Generals flow and selection of beats gave me that OG down in the trenches Mobb Deep, Kool G Rap, vibe. Not only his flow but also his content was some of the realest bars I had heard in quite a while. Being from the slums myself I could relate to the struggle, the risks, and the heartache Da-General rapped about.

One day back in 2014, The 5Forty Radio Show had popped up at a protest against police violence in front of Valley View Mall in Roanoke, Virginia to cover the story and record some podcast content. While on the scene recording Da-General and his manager at the time showed up to show some support and some love. A bond was made at that moment and we been staying connected ever since. in 2015 The 5Forty Radio Show was invited to cover The Elite Warrior Challenge 5. I asked the owner if he had any live performers scheduled to perform and he didn’t but thought that it would be a great idea to have some on deck, Da-General was one of the first artist that came to my mind so I reached out to him and he accepted the invite. The MMA fight Night event EWC5 was Legendary and we made the Roanoke Times newspaper. Fast forward to 2019 and we still at it, recently we linked back up when I saw Da-General working on some new music, launching a new website, and starting a his own business “Jersey Water Ice”.

SO when I got with Da-General I had to ask when did he fall in love with Hip Hop because I could feel the passion for music in his delivery. Da-General said ” I’ve always had a love for music. I use to love riding in the backseat listening to my mom play all her favorite songs. At the age of 15 I was in the 9th grade. This was a difficult time for me. I had a lot of ideas of what I thought I wanted to be, the influence of the streets had a great hold on me. In these moments it was hard for me to explain to anyone what I was going through or how I felt. Hip-Hop allowed me to do this it gave me a voice, IT SET ME FREE” he explained. I had to ask, who inspired him in hip Hop music early on, and he told me ” DMX, Nas, The Lox,  and Scarface!

Next I was curious to know what lead him to pursue music as a career and he explained to me that ” When I first started I just wanted to do what I love and let the world hear it. As I got older I realized that Hip-Hop is a business. A billion dollar business and their is a lot of people living life on their terms, doing what they love and still providing for their families. Seeing this motivated me into making this reality for myself” Now a days Da General is making music and pursuing his career on his own terms. With the launch of his own website and business “Jersey Ice Water” Da-General is well on his way to living the life of his dreams while providing for his family. Besure to check him out on his website and buy you some Jersey Ice Water when you see em working. 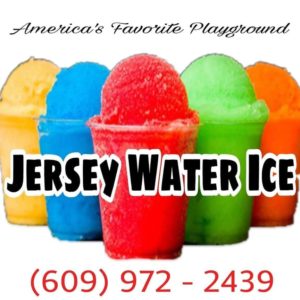 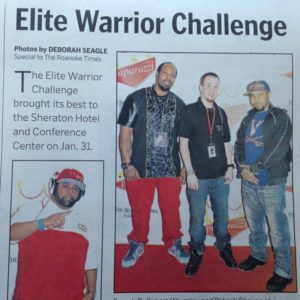