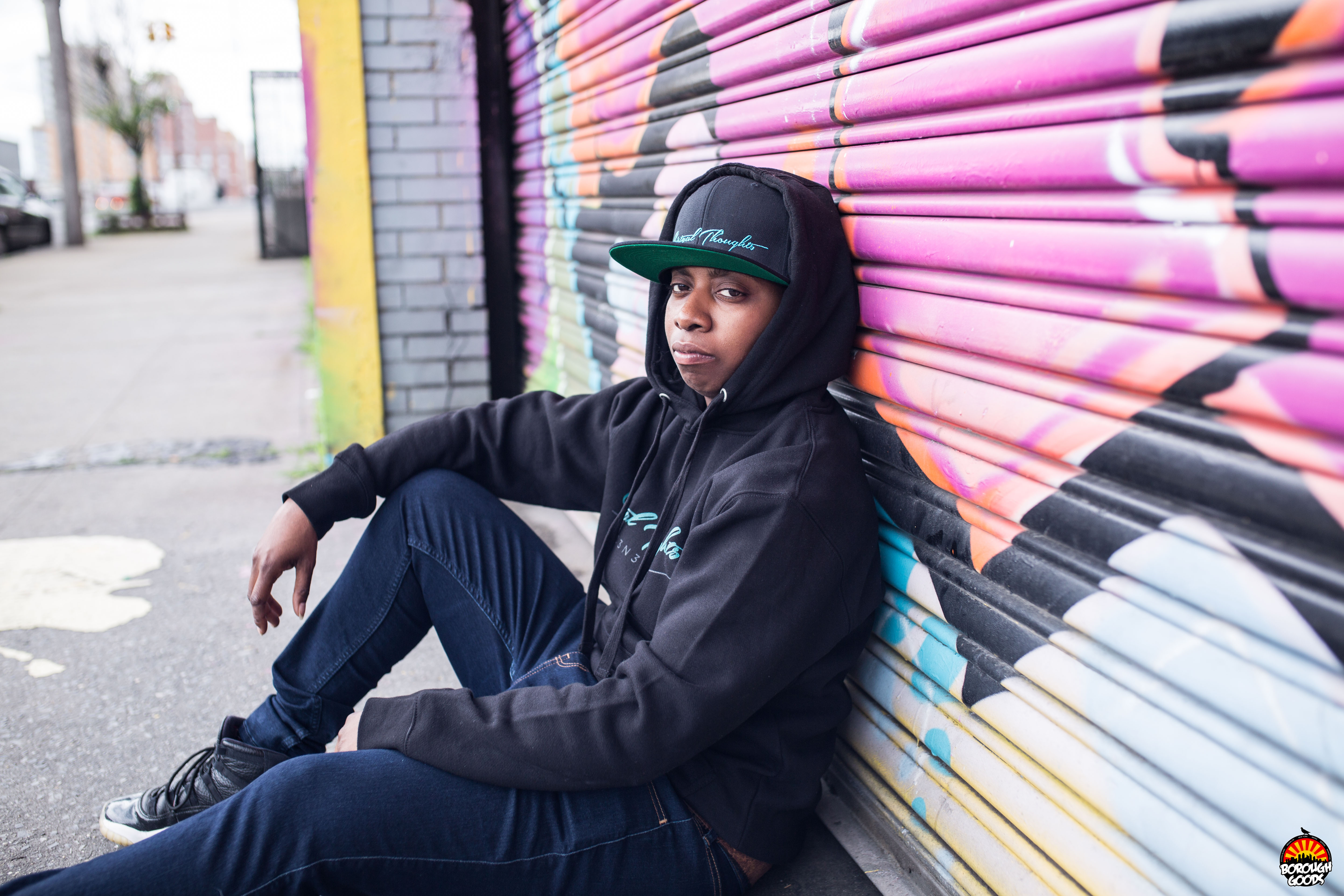 As I learn more about talented artists such as Christyal Thoughts, I realize that many creatives suffer a great deal throughout life. Instead of allowing life-changing occurrences to break them, they turn their pain and past traumas into a path of flourishment and success.

The loss of a mother is one of the most devastating experiences a child can face. Not only does a child feel emptiness and confusion, but they then lack guidance, support, and the innate, natural bond they once held with their parent. Losing her mother to substance abuse at the age of three, Christyal Thoughts was then adopted and began on a new life venture.

Christyal quickly grasped onto her musical talents and began writing at the age of 11, using her pen and paper as therapy. As years passed by, Christyal’s writing improved and she felt like she was ready to take the next step in pursuing her music. Joining a female rap group at the age of 16, she was able to gain experience in working and collaborating with others while also gaining the ability to perform in front of large crowds.

In 2010 Christyal enrolled in college seeking a business degree. During this time she met a gentleman who invited her to FL studio. This is where she learned about and grew a love for production. In 2013 Christyal graduated with an audio-engineering degree. With this under her belt, she was able to broaden her horizons and further her musical abilities. She began producing for local artists and started making a name for herself.

While producing music and engineering for other artists, Christyal continued to work on her own music. In 2017 she released her first project titled, “IMF 1”. After her first album, she didn’t stop there. This year she has released “Confessions to Spring” and “Confessions to Summer”. Her music is both therapeutic and conscious.

While listening to “Confessions to Summer” I sensed feelings of love, sex, and change. When reflecting back to a summer where you spent every moment with that special someone, think about the good and bad times you experienced. This project puts you on a rollercoaster regarding disloyalty, transitions, intimacy, and lust. While listening to “Confessions to Summer”, I was intrigued by the track “No No”. I was immediately attracted to this song. Zia Bieu, the singer on this track, harmonizes well and while singing, also speaks. Her sexy tone combined with harmonies and relatable lyrics makes this song easy on the ears and relatable. While searching through Christyal’s music, I came across a song titled, “Cruel World”. “How your stomach felt when you ain’t get a meal. Ain’t none of my friends know I ain’t get a meal”…this line hit home. So many of us judge people based off of what we see on social media completely unaware of the predicaments that occur behind the scenes, from one post to the next.

To stream Christyal’s music check out the links that follow.