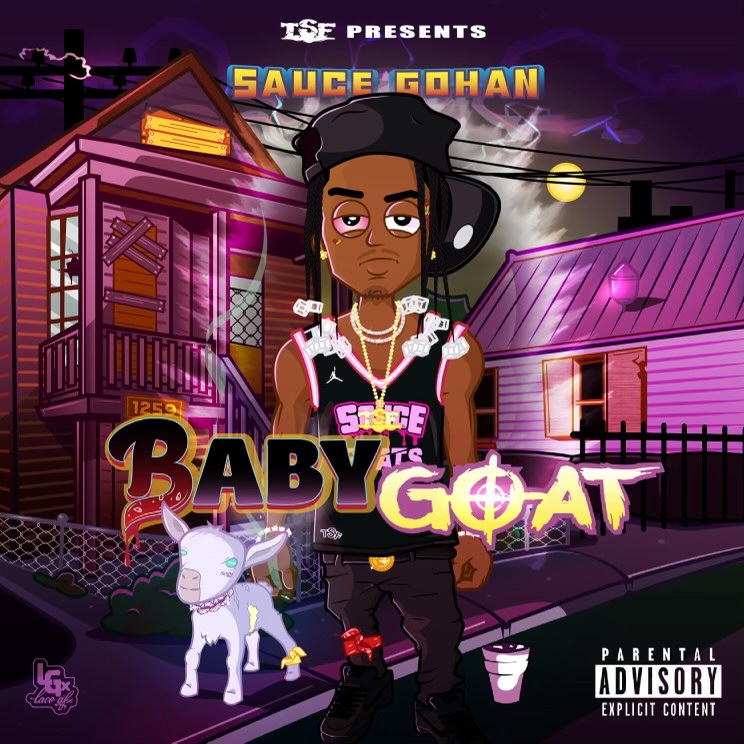 As the world has been apprehensively awaiting Sauce Gohan to heal after a gunshot wound to the head, the talented artist is now ready to release new music. After much needed rest and an outpour of support, Gohan is continuing on his music journey with The Sauce Familia.

Having released cutting edge music before, Sauce Gohan’s loyal fans know that this upcoming album titled, “Baby Goat”, is going to be a game changer. Due to be released on April 30th, Gohan took to Instagram a few days ago, revealing the cover art and asking his followers, “Who been waitin on this mf?” Other members of TSF could be seen showing their support for the upcoming album in the comments such as, Peso Peso and Rizzoo Rizzoo.

Please be sure to follow Sauce Gohan on Instagram and stream his new, upcoming album, “Baby Goat” on April 30th!